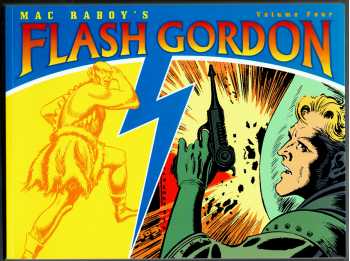 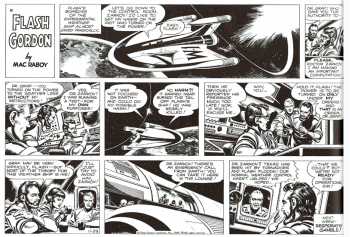 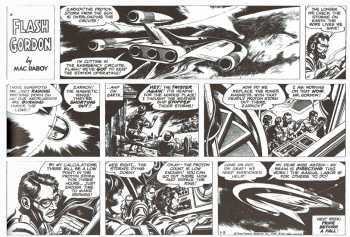 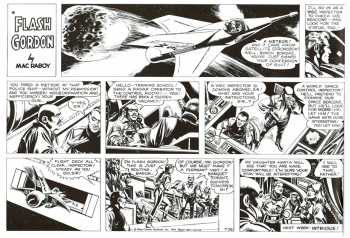 Thrill to the celestial dangers of space travel and the science fiction action of yesteryear's Flash Gordon weekly series! Ming the Merciless, the traitorous Klag, a mysterious creature known as "The Mind", and a host of villains and dangers oppose the hardy, heroic Flash in a reprint series that marks the first time that Mac Raboy's run on this acclaimed strip has ever been collected. From Alex Raymond to Reed Crandall to Al Williamson, stellar artists have long-contributed to the success of Flash Gordon, and Mac Raboy is in the same class of top talent. Beginning his comics career in 1940, Emanuel `Mac' Raboy is perhaps best known for his work on Captain Marvel, Jr. and the Green Lama in the 1940s. In the spring of 1948, he signed on with King Features to illustrate the 'Flash Gordon' Sunday page, and Mac Raboy's run on this serial was actually longer than Alex Raymond's. Join Flash, Dale, and Dr. Zarkov in these exquisitely drawn, fantastical adventures!