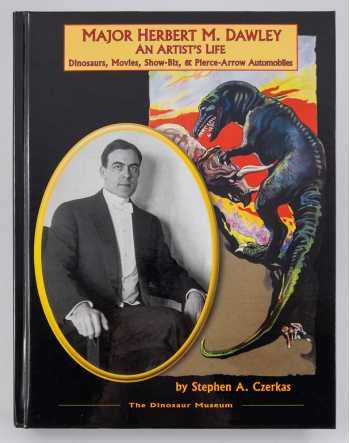 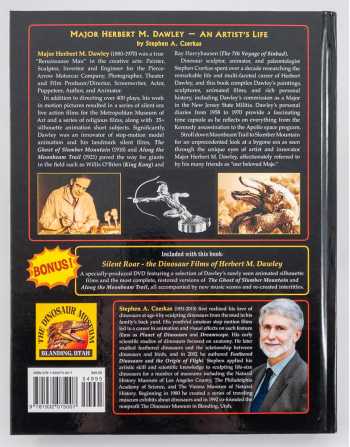 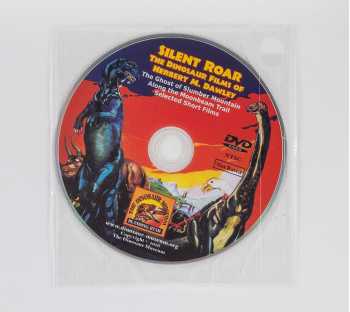 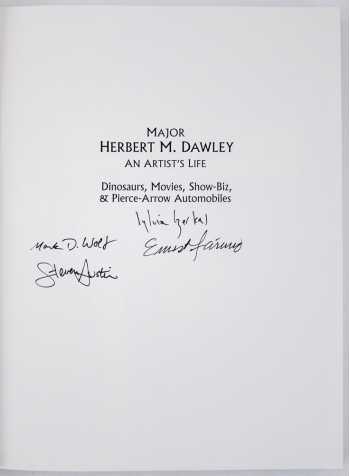 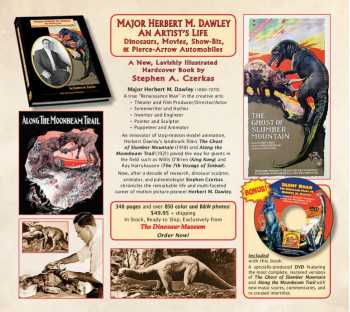 The late Stephen Czerkas' final book was this biography of an unsung pioneering dinosaur filmmaker.

Stephen Czerkas was a sculptor of dinosaurs (and other creatures) for film and museums. He wrote several books on paleontology including the major monograph on artist Charles R. Knight. Czerkas was co-founder and director of The Dinosaur Museum in Blanding, Utah.

Major Herbert M. Dawley, an Artist's Life was published in a small run by The Dinosaur Museum. It is out of print and incredibly rare.

This copy is signed on the first page by Stephen Czerka's widow, Sylvia Czerka, and three other contributors:

Herbert Dawley lived from 1880 to 1970. He was a man with a remarkable passion for life filled with creativity, love, and lifelong friendships. His unique artistic vision was integral in everything he was involved with. Born with an innate mechanical and artistic talent, Dawley was instrumental not only in the fledgling automobile industry as a designer for Pierce-Arrow, but was also a pioneer of stop-motion model animation for silent motion pictures. As an artist, he was both a painter and a sculptor. He was a masterful puppeteer of marionettes, an actor, writer, and director of over 400 stage plays.

Dawley's involvement with dinosaurs began in 1917 with the making of his first film, The Ghost of Slumber Mountain, which was distributed to theaters in 1919. The movie was a huge box-office success. Without Dawley's dream fulfilled of creating the illustion of realistic living dinosaurs for motion pictures, the history of motion pictures with dinosaurs in them would not have started as it did, and classic movies like the silent 1925 version of The Lost World, or King Kong in 1933 may never have been produced. In a twist of fate, Dawley has gone uncredited for his achievements in motion pictures. New information in this biography corrects that unfortunate error and restores Dawley's proper place as the significant pioneer of stop-motion animation that he was. A complete filmography of the many films that he produced further demonstrates his important contribution towards special effects in motion pictures.

A decade in the making, this biography on Major Herbert M. Dawley consists of 350 pages filled with rare photographs, most of which are published for the first time, from Dawley's personal scrapbooks. The information recreating Dawley's life is based on material from various archives, his own newspaper clippings, personal letters, and diaries, as well as interviews with friends who still remember him as their "Beloved Maje."

Fine, issued without dustjacket
Signed on the first page by four contributors