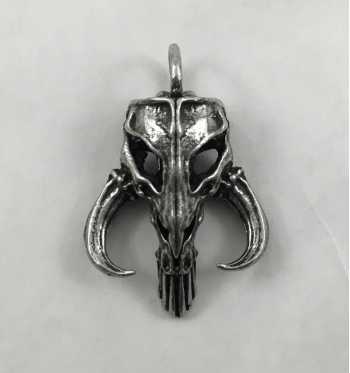 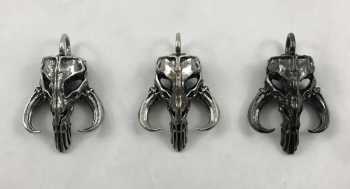 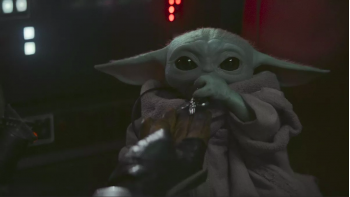 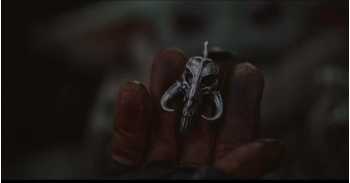 This is the mythosaur skull pendant created by Tom Most which was used in the first season of "The Mandalorian."

It's a beautiful sculptural object, with a nice heft, that's nice to hold in your hand, put on your keychain, or wear around your neck like Baby Yoda.

Tom through his company, Mostly Fantasy, has been producing prototypes, sculptures, and molds for the toy, display, and collectible industries, as well as offering original model kits and figurines, for over 25 years.

Tom is also a Star Wars fan. So in 2016 when he couldn't find a mythosaur skull in the vast collectibles market that satisfied his aesthetic sensibilities, he created his own.

Consulting his own vast animal skull collection, Tom fully sculpted the mythosaur skull--including the underside--with 3D software, 3D printed it, and cast it in pewter. And sold them at conventions and online.

Cut to 2018. While Tom is setting up his table at Monsterpalooza, he notices a guy examining his mythosaur pendant and nearly buys out his entire supply. It's Jon Favreau.

A week later, Tom gets an online order from Pasadena for 50 more.

Later Tom would find out about the series and that his pendant was going to be used onscreen.