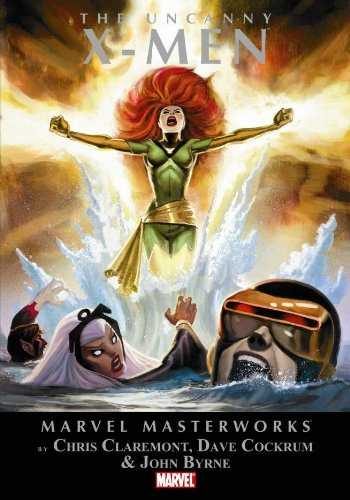 Setting a new standard for Marvel super heroes wasn't enough for mssrs. Claremont and Cockrum. In their second Marvel Masterworks outing with the Uncanny X-Men they aren't just aiming for All-New and All-Different, they're shooting for the stars! But before they can reach those heights Jean Grey must fall from the heavens in order to save her teammates' lives-and to reemerge from the ashes as The Phoenix! And though they may have saved one of their own, the X-Men must next face a fight from within the family. The Juggernaut and Black Tom Cassidy drive the Children of Atom to the edge of disaster, pushing Storm into the depths of childhood horrors and testing the mettle of Colossus and Wolverine to their utmost. And then, with the X-Men at their seeming breaking point, comes the return of Magneto! Then it's off to the stars and to the Shi'ar empire to meet the Starjammers, Lilandra, Deathbird, and the Imperial Guard, not to mention a certain artist named John Byrne!

Also featuring the first appearance of Weapon Alpha, the cornerstone of both Alpha Flight and Wolverine's storied past in Weapon X, and a baseball game so wild it could only be the X-Men - this second volume of Uncanny Masterworks extends the dynamic legacy of Marvel's merry mutants!