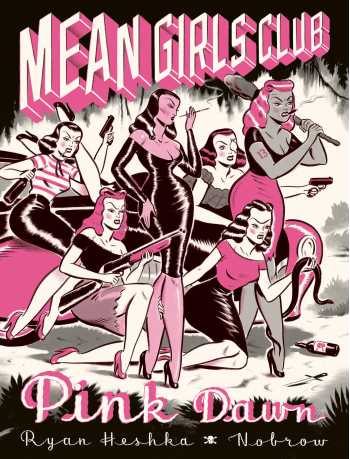 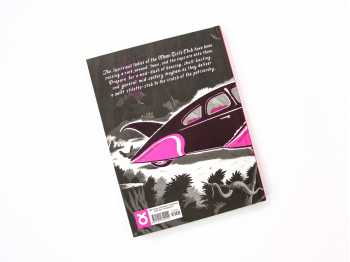 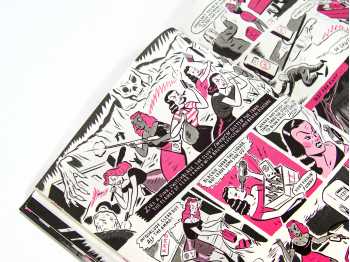 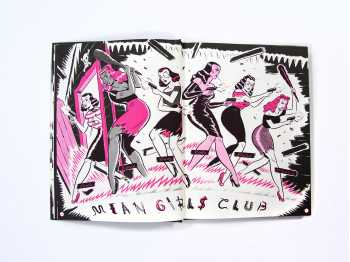 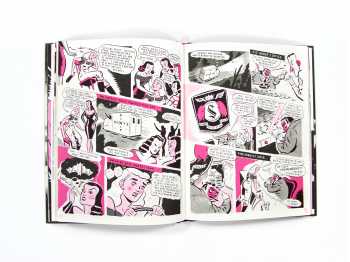 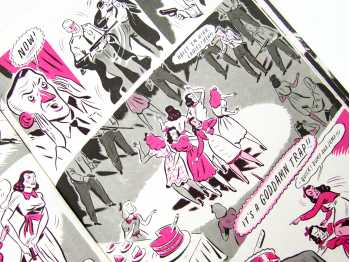 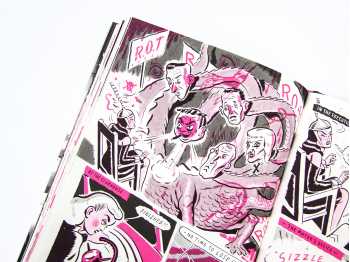 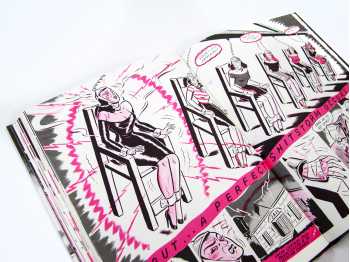 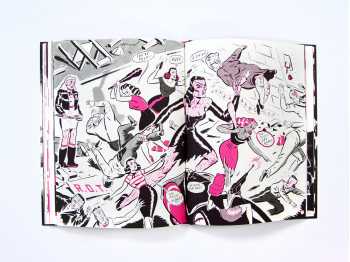 The Mean Girls are out for blood in this timely revenge fantasy that speaks to our deepest desires for awful, corrupt men to get what's coming to 'em! Filled with mayhem, misandry, and more danger than you can shake a stiletto at, get ready for a chaotic, bloody ride.

The Mean Girls Club have been laying waste to the town for years, and Mayor Schlomo is hell-bent on their destruction. He has other plans for the town's young women... brainwashing and sexual servitude. And so the Mayor blackmails a young mechanic by the name of Roxy to infiltrate the Clubhouse -- but Roxy's feisty attitude lands her an initiation into the Club instead! Torn between her obligations to her dying grandfather, the Mayor's dirty threats, and her unexpected friendships with the Mean Girls, will Roxy help the Girls to bring down the Mayor's cult once and for all?

"This satisfying revenge comedy arrives at just the right time to appeal to readers hungry for payback against gropers and grabbers."
--Library Journal

"Mean Girls Club: Pink Dawn is a revenge story that brilliantly subverts the standards of the era it portrays. From the limited color palette to the dialogue to the masterful line art itself, the book bleeds style."
--Foreword Reviews

"[...] nostalgic pulp genre fans will get a kick out of the expressive art style and rowdy sexploitation references."
--Publishers Weekly

"Serving up full throttle exploitation with its eponymous gang, Heshka swerves into pop surrealism and sly satire, touching on both the gorgeous and grotesque with equal ease."
--Katie Skelly, The Comics Journal

"Those who enjoy the visuals will likely find something of interest here, particularly if they're willing to surrender into the setting. If you like the kitsch of 50s "women in prison" films, this is the book for you."
--Comics Worth Reading

"Mean Girls Club: Pink Dawn feels like the ultimate revenge fantasy for all the women out there who fight to be heard and struggle against the patriarchy as a whole. [...] Every page is filled with stunning art by Ryan Heshka and a story that makes you want to go out and form your own gang of bad ass women."
--Rogues Portal