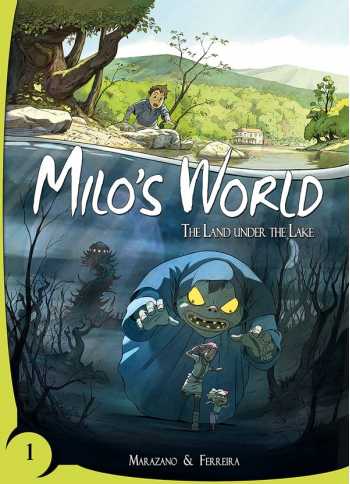 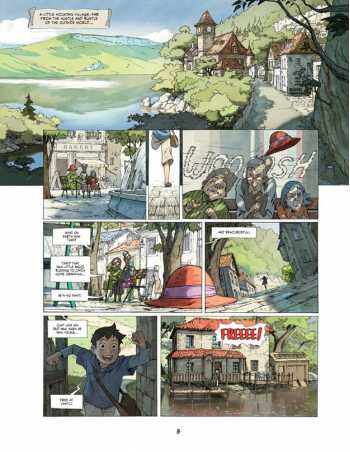 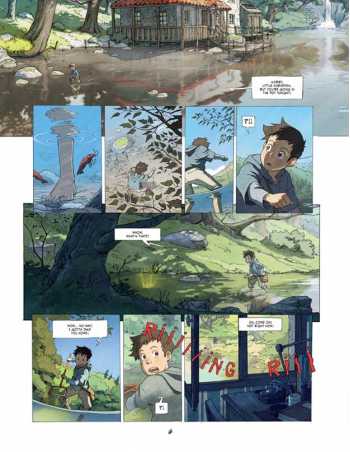 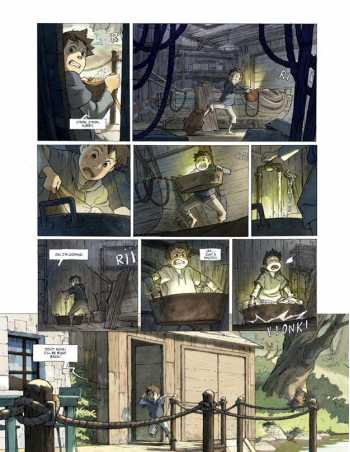 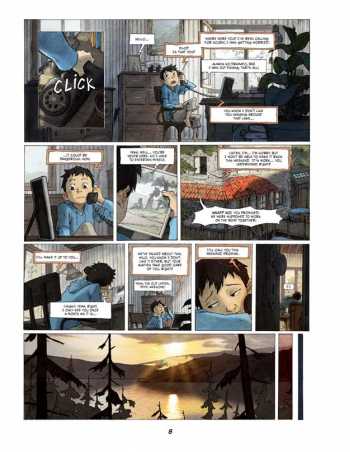 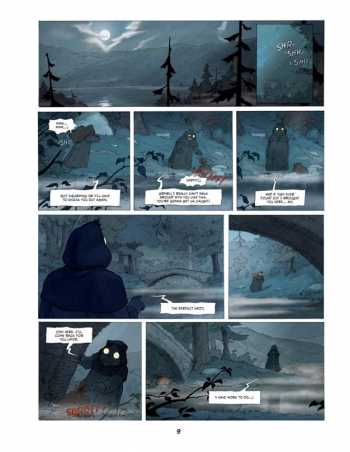 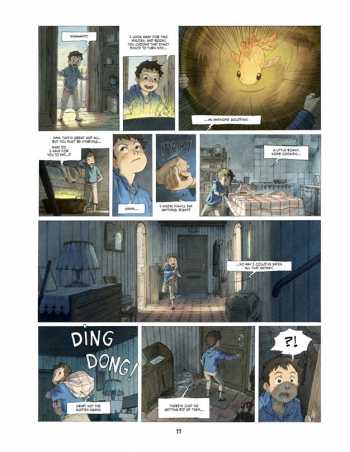 Milo often spends his time alone by a lake, where one day he finds a magnificent golden fish. When a creepy stranger also appears holding a young girl prisoner, he and the girl follow the golden fish to a magical world below the lake, one full of adventure...

Milo leads a lonely childhood marked by the absence of his mother, about whom he knows next to nothing. His father has gone to work in the city, leaving him in the care of his three elderly aunts, who give him his freedom to distract himself by the lake where he lives. In this lake, Milo discovers a fish egg of unusual size, and when it hatches, a magnificent golden fish is born. Milo is only half surprised when strange creatures, including a toad man, become interested in his secret discovery. He soon meets and frees a fiery young girl named Valia, who was held prisoner by the toad man, and the two are forced to flee, guided by the golden fish, to "the other side" of the lake... the flip side underneath, one of many parallel worlds that are connected through the lakes, rivers, and oceans. In this parallel universe, an evil wizard wields power, driven by blind vengeance, with the toad man does his bidding. Milo finds himself the subject of fascination, fear, and excitement by the elf-like population, who aren't sure what to do with him, until he sets out on an adventure to protect them from the evil wizard. Along the way, he finally encounters his mother, who turns out to be a sorceress from this world, and the polar opposite power of the evil wizard. He's the lost scion of a new generation and wizards, and he never knew it (even though his three aunts and the golden fish did). Milo is the key in this battle; if the wizard manages to capture him, there will be no more opponents in the world on this side of the lake, meaning he could extend his domination and carry it even further, leading the conquest of the multiple parallel universes... A beautifully illustrated, family-friendly, magical adventure in the vein of Amulet and The Wizard of Oz. The first of three self-contained story volumes.