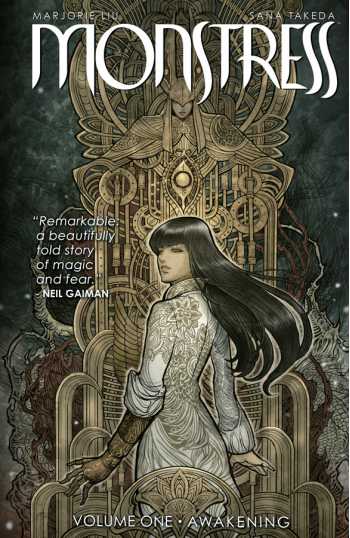 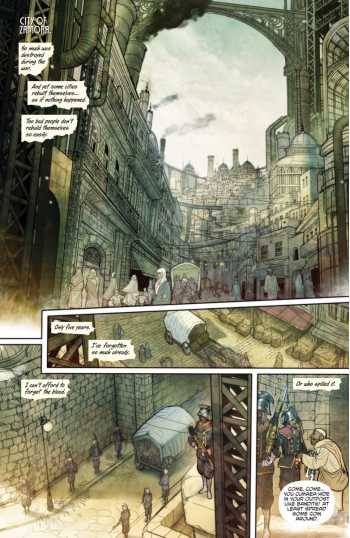 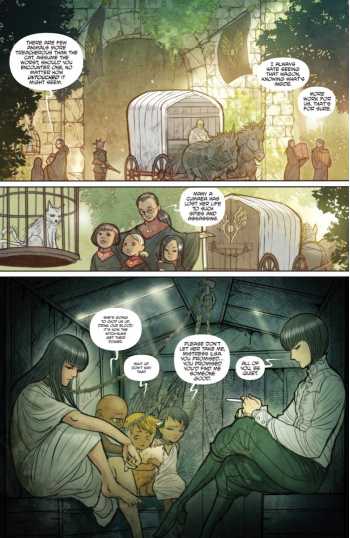 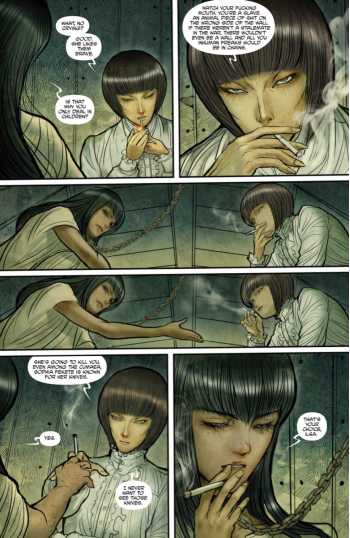 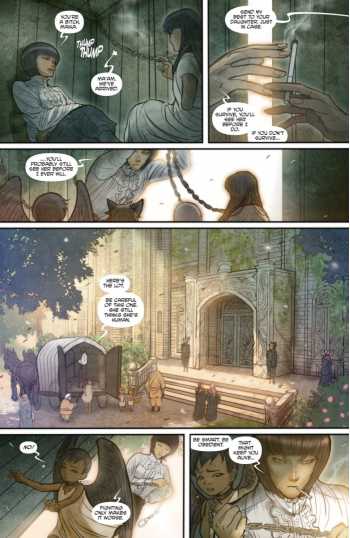 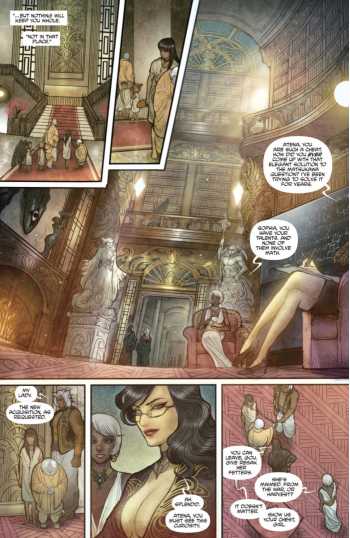 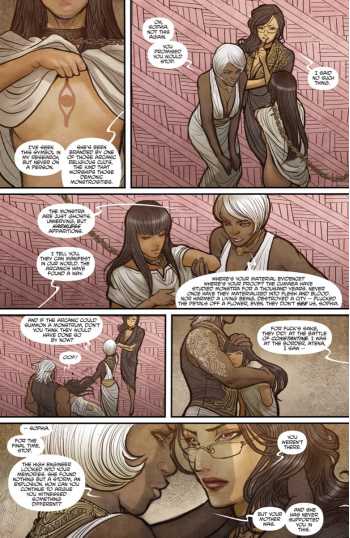 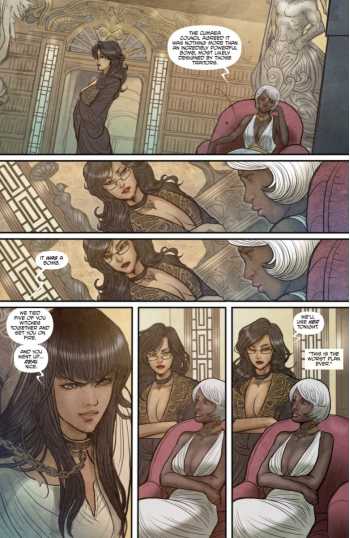 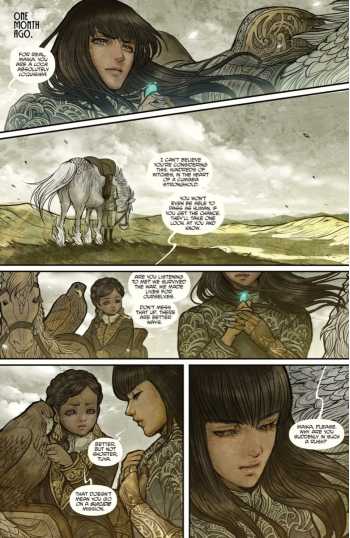 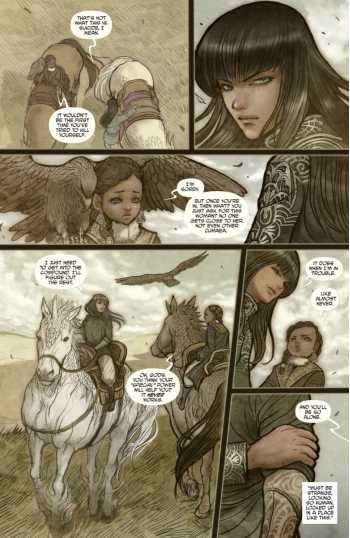 "Set in an alternate world of art deco beauty and steampunk horror, Monstress tells the epic story of Maika Halfwolf, a teenage survivor of a cataclysmic war between humans and their hated enemies, the Arcanics. In the face of oppression and terrible danger, Maika is both hunter and hunted, searching for answers about her mysterious past as those who seek to use her remain just one step behind... and all the while, the monster within begins to awaken..."

"World-building on a scale rare in mainstream comics." -- The Hollywood Reporter

"If you want big, beautiful, terrifying, violent magic, Monstress is your next favorite comic." -- Cosmopolitan

"Marjorie Liu and Sana Takeda take eastern and western comics storytelling traditions and styles, and create something wholly their own and remarkable: a beautifully told story of magic and fear, inhumanity and exploitation, of what it means to be human and the monsters we all carry inside us. Also, some of the best cats in comics. A delight." - Neil Gaiman

Set in an alternate matriarchal 1900's Asia, in a richly imagined world of art deco-inflected steam punk, MONSTRESS tells the story of a teenage girl who is struggling to survive the trauma of war, and who shares a mysterious psychic link with a monster of tremendous power, a connection that will transform them both and make them the target of both human and otherworldly powers.

New York Times bestselling and award-winning writer Marjorie Liu is best known for her fiction and comic books. She teaches comic book writing at MIT, and leads a class on Popular Fiction at the Voices of Our Nation (VONA) workshop. Ms. Liu's extensive work includes the bestselling "Astonishing X-Men" for Marvel Comics, which featured the gay wedding of X-Man Northstar and was subsequently nominated for a GLAAD Media Award for outstanding media images of the lesbian, gay, bisexual and transgender community. Prior to writing full-time, Liu was a lawyer. She currently resides in Boston.

Sana Takeda is an illustrator and comic book artist who was born in Niigata, and now resides in Tokyo, Japan. At age 20 she started out as a 3D CGI designer for SEGA, a Japanese video game company, and became a freelance artist when she was 25. She is still an artist, and has worked on titles such as "X-23" and "Ms. Marvel" for Marvel Comics, and is an illustrator for trading card games in Japan.