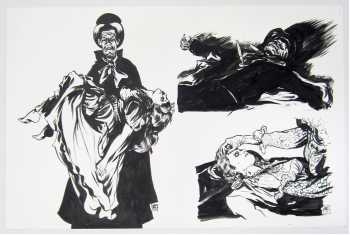 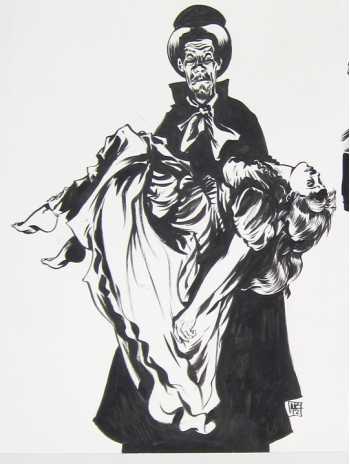 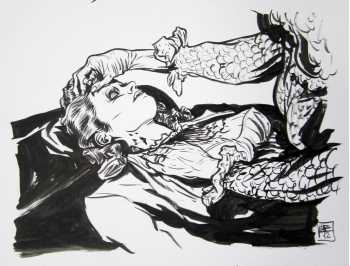 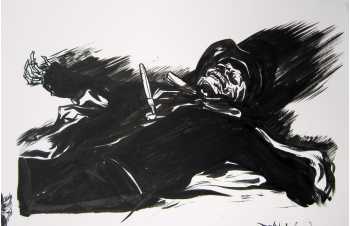 Three ink/brush illustrations by Nathan Fox on a single board. Commissioned by Turner Classic Movies.