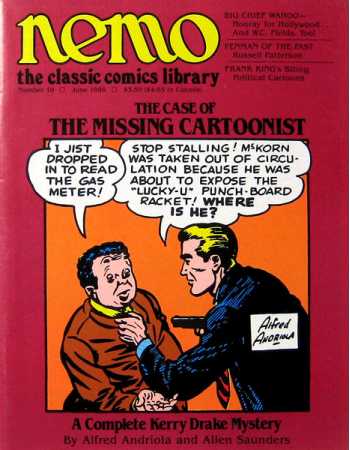 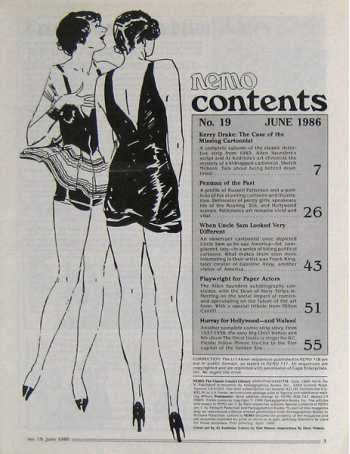 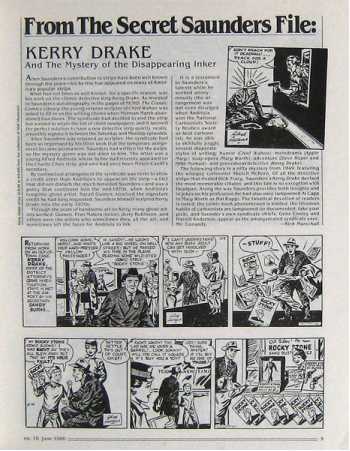 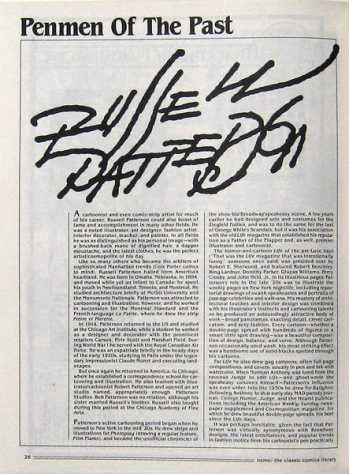 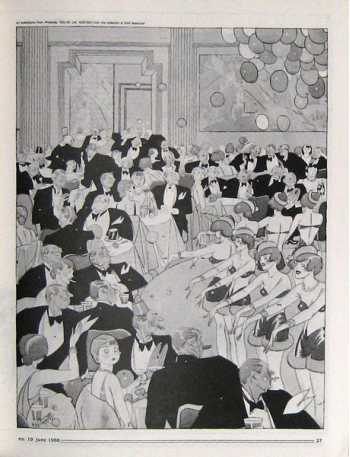 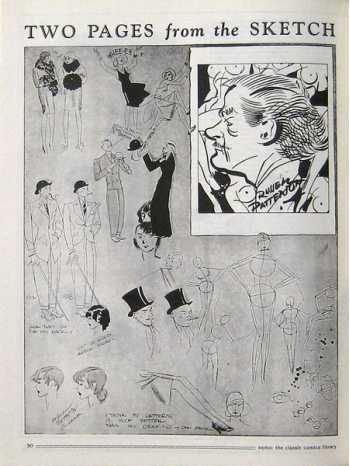 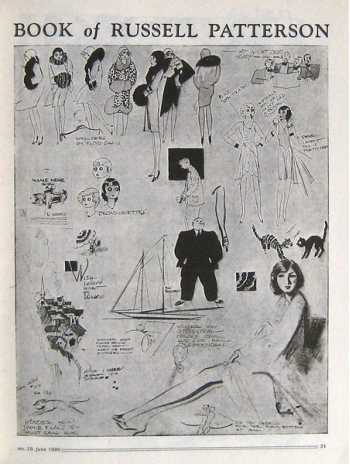 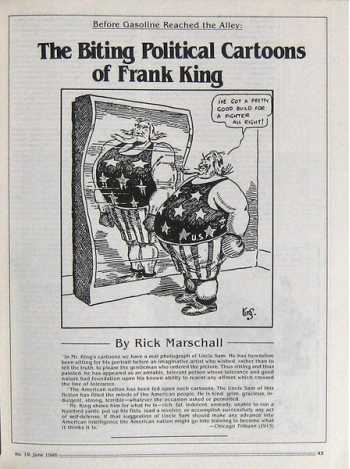 Kerry Drake: The Case of the Missing Cartoonist
A complete episode of the classic detective strip from 1949.

Talk about being behind deadlines!

Penman of the Past
A profile of Russell Patterson and a portfolio of his stunning cartoons and illustration.

What makes them even more interesting is their artist was Frank King, later creator of Gasoline Alley, another vision of America.

Playwright for Paper Actors The Allen Saunders autobiography concludes with the Dean of Story Strips reflecting on the social impact of comics, and speculating on the future of the art form.

With a special tribute from Milton Caniff.

Hurray for Hollywood – and Wahoo!
Another complete comic-strip story from 1937-1938: the zany Big Chief Wahoo and his chum The Great Gusto (a ringer for W.C. Fields) follow Minnie Ha-Cha to the film capital of the Golden Era.