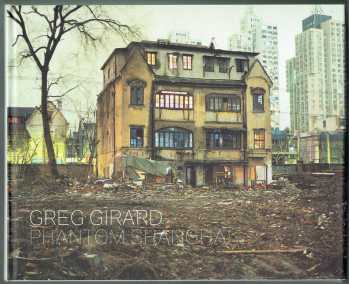 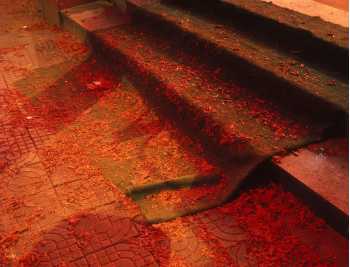 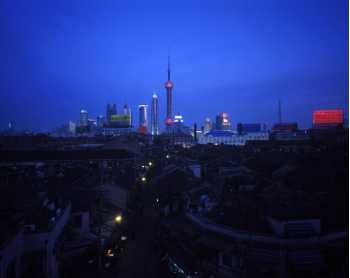 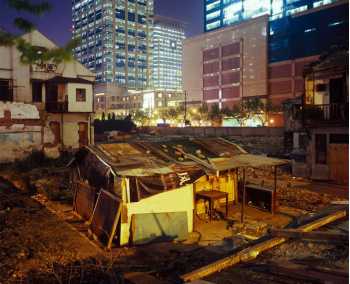 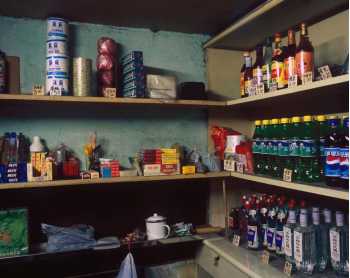 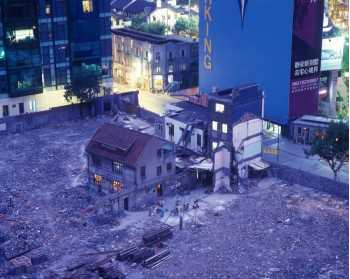 Phantom Shanghai, with a foreword by William Gibson, is a portrait of Shanghai as the city transformed itself in the first years of the 21st Century. Preserved by a kind of benign neglect in the decades following Mao's victory in 1949, Shanghai was directed to "catch up" in the 1990s. Phantom Shanghai is the record of the unique moment when the early 20th Century city was being demolished while the new Shanghai was being built in its rubble.

"Shanghaia city in the process of dismantling its history to accommodate China's new cosmopolitan vision of itself."Greg Girard

As Shanghai modernizes and seeks acceptance as an international city, buildings and neighborhoods that were once preserved simply by lack of intervention are now being purposefully demolished.

Phantom Shanghai is a spectacular look at a Shanghai that won't survive the vision the country has for itself. For the past five years, Greg Girard has been photographing the city's buildings, shops, homes, and neighborhoods. This stunning photographic journey is a look at present-day Shanghai, where politically inspired neglect meets politically inspired development.

Greg Girard is a Canadian photographer living in Shanghai since 1998. Largely self-taught, he combines anthropology with a lyrical realism in his work. He is represented in North America by Monte Clark Gallery in Toronto. His editorial work appears in publications such as TIME, Newsweek, Fortune, and The New York Times Magazine.

William Gibson is an American-born Canadian science fiction author. He has been called the father of the cyberpunk subgenre of science fiction. He is credited with coining the term "cyberspace." His first novel, Neuromancer, has sold more than 6.5 million copies worldwide since its publication in 1984. He is also responsible for Pattern Recognition and the screenplay for Johnny Mnemonic.