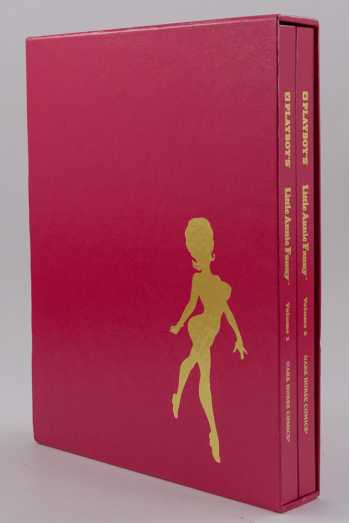 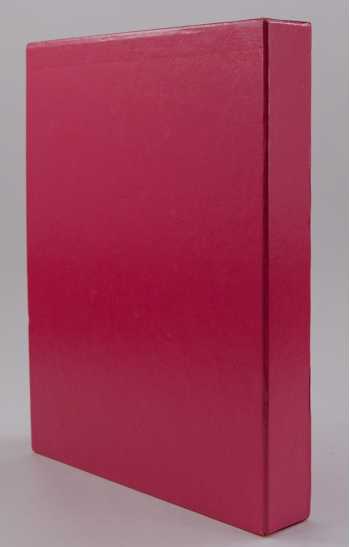 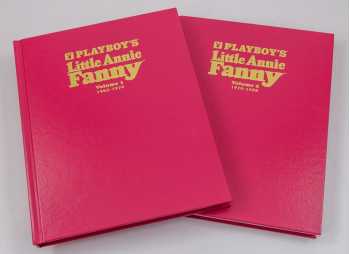 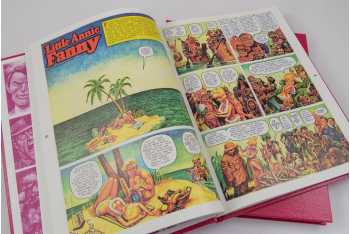 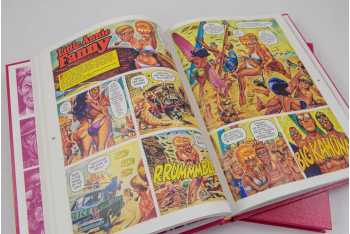 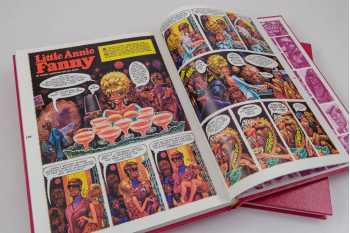 The only hardcover version of these books is this leatherbound hardcover set, with matching slipcase, limited to 500, signed by the late Hugh Hefner, Playboy founder and who personally edited the Annie strip throughout its run.

From 1962 to 1988 Little Annie Fanny graced the pages of Playboy, lampooning every aspect of American life. Now every last strip is collected here, in a pink-leather hardcover set, with matching slipcase. A special tip-in plate is part of this special limited run of 500 sets, signed by Annie editor and Playboy founder, Hugh Hefner.

Dark Horse Comics and Playboy Enterprises are proud to present for the first time ever the more than 400 pages of the late, great Harvey Kurtzman's Little Annie Fanny, collected in two deluxe volumes. Kurtzman, creator of Mad magazine and godfather of underground comix, teamed with longtime E.C. Comics collaborator Will Elder (and sometimes Frank Frazetta, Russ Heath, and Jack Davis!) to create a Playboy icon second only to the bunny and a risque comics icon second to none! Each volume showcases over 200 pages of stunningly rendered stories from the sexy strip's 25-year run. Trend setting in its use of color, irreverent in its satirical look at the changing face of America, and a masterpiece of technique, this definitive collection of one of world's most controversial comic strips is long overdue. This first volume takes us through the swinging Sixties with the Beatles, Civil Rights, and the beginning of the Sexual Revolution. Also included, a detailed behind-the-scenes look at the strip's creative process, featuring never-before-seen art and preliminary drawings!