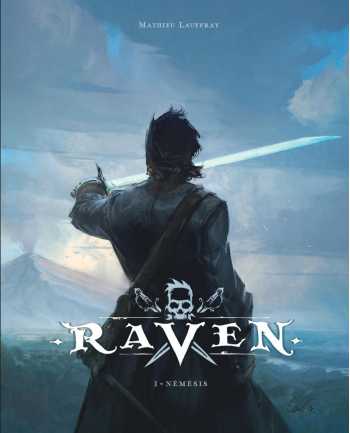 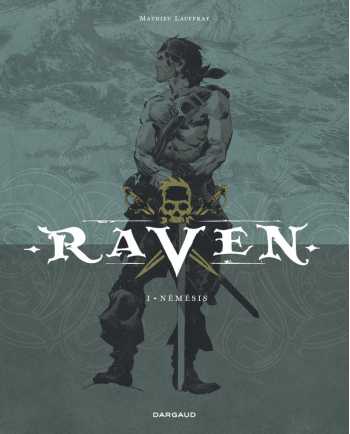 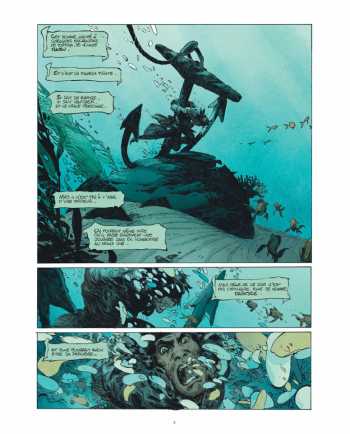 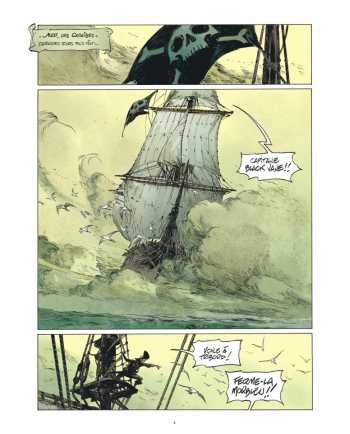 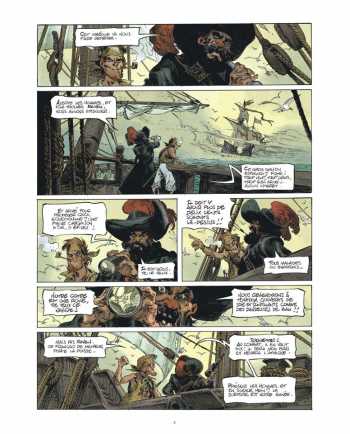 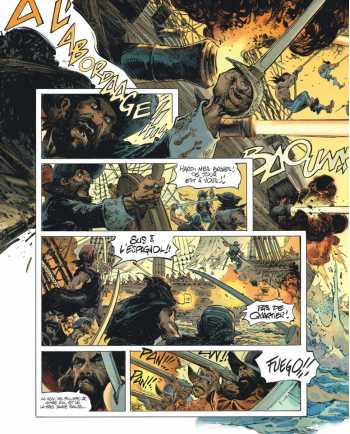 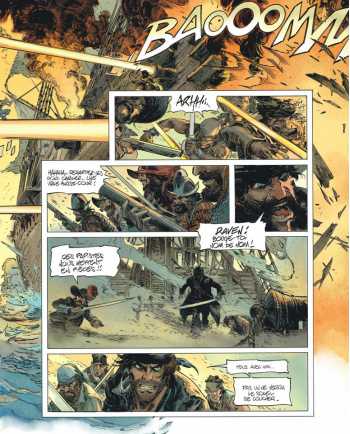 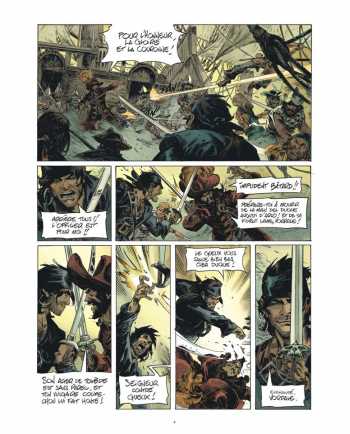 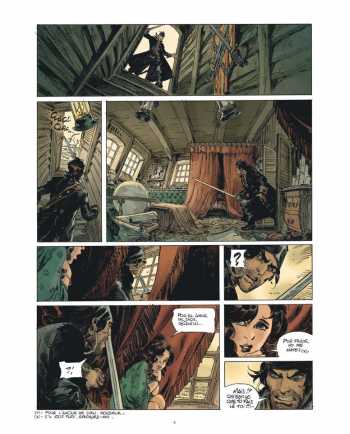 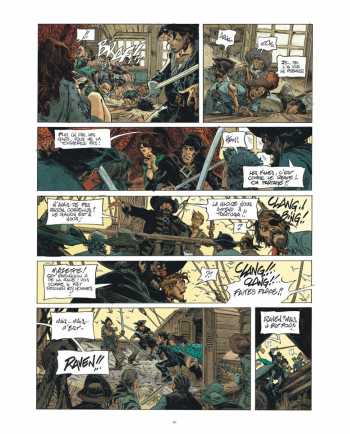 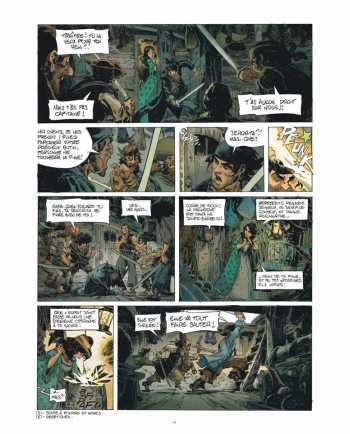 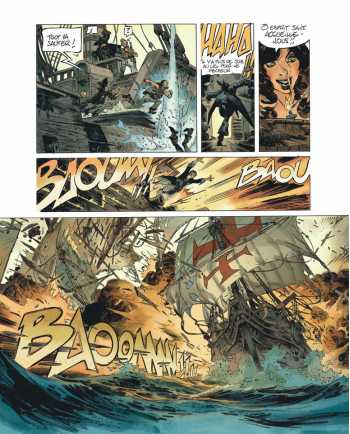 Mathieu Lauffray returns to the high seas in his new series! This limited edition reproduces Mathieu's new album in a "Grand Format" almost twice as large as the standard edition, and adds eight pages of sketches, and three pages from Tome 2 (before coloring).

On board his ship, Captain Black Vane prepares to attack a Spanish galleon with the help of his entire crew. His mate tries to dissuade him because he considers the enemy boat far too well armed with its many cannons and 200 men on board, but the captain does not change his mind, he wants this ship and the riches it possesses! Black Vane can count on the precious Raven, a lawless pirate worth ten. He therefore decides to board and it's Raven who leads the attack! Quickly, the pirates gain the upper hand over the Spaniards and Raven easily eliminates the captain of the galleon, recovering his sword in the process. But once in the Hispanic captain's cabin, Raven discovers a young woman. The latter begs him to spare her and help her. Quickly, he agrees to protect her from his fellows who already are bursting in. To do this, he locks her in the hold where weapons and powder are stored. Alas for him, the señorita decides to sacrifice herself by blowing up the two ships to eliminate all the pirates to the glory of God! Only Raven, manages to escape death by diving into the sea. He now drifts in the middle of the ocean on a piece of wood which serves as a makeshift raft ...