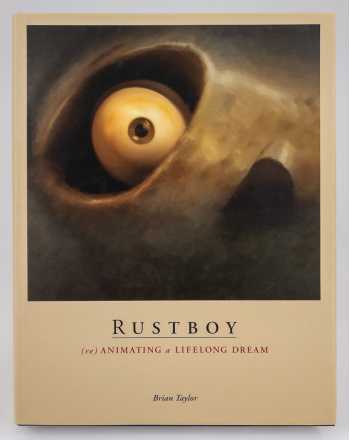 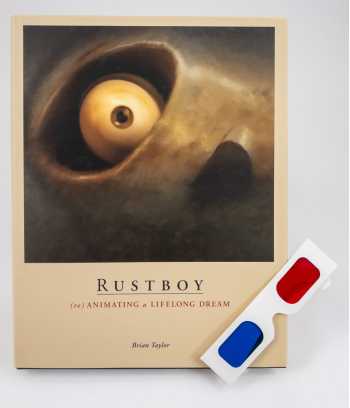 Rustboy started out purely as a hobby. I was looking for a substantial personal project to occupy my spare time, and decided to rekindle an old interest by creating a short-film. With the notion that documenting the Film-making process might be an interesting subject for my first attempt at building a website, I embarked on the project, and in no time at all the site and were generating considerable interest. That was over two years ago and I'm now working full-time on a not-so-short version of the Hint, having secured private investment. The project point that I considered it worthwhile compiling that work in some tangible form. This volume chronicles my first real attempt at film-making to date, and serves as an exercise in 'home grown' publishing, the idea being that the proceeds will help fund the rest of the project.

The book is filled with artwork and design sketches. story boards, concept paintings, 3D images, sketches and comparisons of before and after texture rendering.

The book is broken down into five chapters, and in addition to those, there is an introduction by Jim Coudal and a gallery of 3D stereoscopic images of scenes from the project (red/blue 3D glasses that came with the book are present).