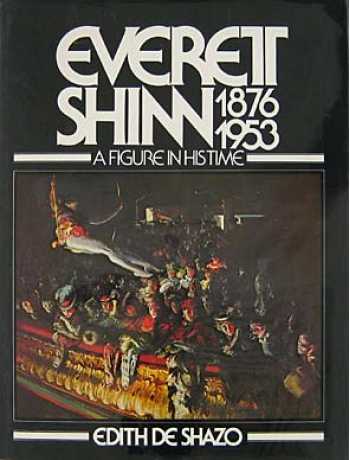 Everett Shinn was a painter of the Ashcan School as well as an illustrator.

"Everett Shinn, born in 1876 in Woodstown, New Jersey, was a member of the famous American group of painters known as the "Ashcan School" or "The Eight."

"This group was formed in Philadelphia in the 1890s by several newspaper artists with the Philadelphia Press, and later became established in New York City.

"Fascinated with the street life and night life of New York, Shinn depicted his surroundings with the realism of a reporter.

"His paintings, watercolors, and sketches reveal a journalist’s curiosity and the ability to capture the life of a scene in one moment of spontaneous action."