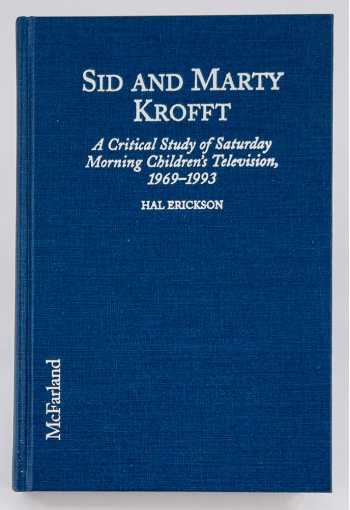 H.R. Pufnstuf, Lidsville, Sigmund and the Sea Monsters, Land of the Lost: For a generation of children growing up in the late sixties and early seventies, these were some of the most memorable shows on Saturday morning television. At a time when television cartoons had lost some of their luster, two puppeteers named Sid and Marty Krofft put together a series of shows that captivated children. Using colorful sets and mysterious lands full of characters that had boundless energy, the Kroffts created a new form of childrens television, rooted in the mediums earliest shows but nevertheless original in its concept. This work first provides a history of the Kroffts pretelevision career, then offers discussions of their 11 Saturday morning shows. Complete cast and credit information is enhanced by interviews with many of the actors and actresses, behind-the-scenes information, print reviews of the series, and plot listings of the individual episodes. The H.R. Pufnstuf feature film, the brothers other television work, and their short-lived indoor theme park are also detailed.