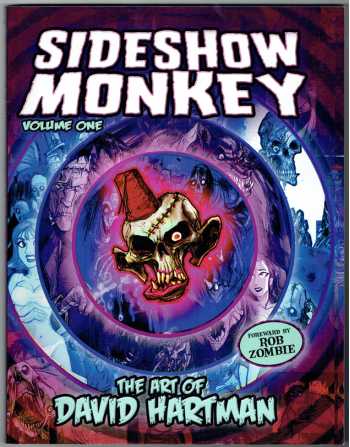 David Hartman's only sketchbook. Clearly a horror fan, his imaginative illustrations are full of zombies, ghouls, and other monsters, but they all share a light touch, a sense of humor, and some nicely-done cheesecake. A fun collection, half finished illustrations and the other half drawings & sketches.