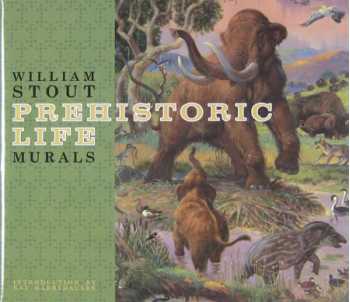 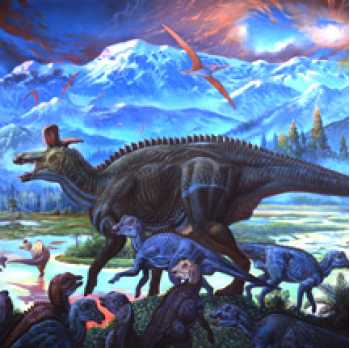 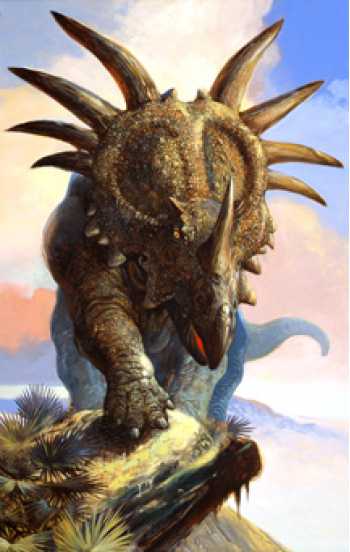 "William Stout: Prehistoric Life Murals is an astonishing look at dinosaurs and their primeval worlds.

"In 1981, award-winning paleoartist Stout’s critically acclaimed book The Dinosaurs - A Fantastic New View of a Lost Era launched the ongoing public renaissance in the reexamination and revision of dinosaur appearance, intelligence and lifestyles.

"Michael Crichton acknowledged this legendary masterwork as an inspiration for Jurassic Park.

"Now Stout has returned to take us on a new journey, deeper into Earth’s primordial past.

"Incorporating the latest paleontological evidence, the artist breathes life into prehistoric creatures that are both scientifically accurate and emotionally stimulating.

"Variations between the different stages in each mural’s development are explained in entertaining and easy-to-read text.

"Influenced by landscape painter Thomas Moran, whose work inspired the formation of America’s National Parks, Stout creates vistas of a world that existed millions of years ago.

"The highlight of the book is Stout’s recent twelve mural commission by the San Diego Natural History Museum, which includes oil paintings up to thirty-four feet long.

"Like Knight and Zallinger before him, Stout has created murals that will amaze viewers, inspire future generations of budding artists, and enthrall eager young dinosaur hunters for decades to come.

"William Stout is one of America’s foremost dinosaur muralists and illustrators.

"Stout’s dinosaur illustrations have appeared in The Little Blue Brontosaurus, which formed the basis of the enormously popular The Land Before Time animated series.

"Stout has contributed to over thirty films including Raiders of the Lost Ark, Jurassic Park, Walt Disney’s Dinosaur and Jim Henson’s The Natural History Project (which he also wrote).

"He was a designer for Guillermo del Toro's Pan's Labyrinth.

"Previous exhibits include his 45-painting: "Dinosaurs, Penguins and Whales - The Wildlife of Antarctica.”