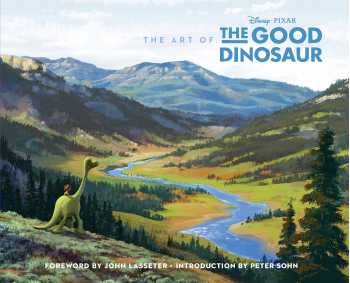 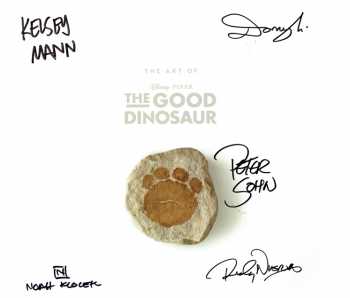 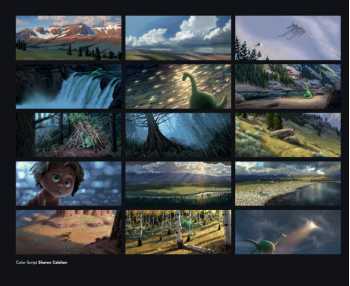 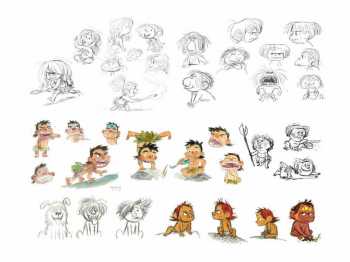 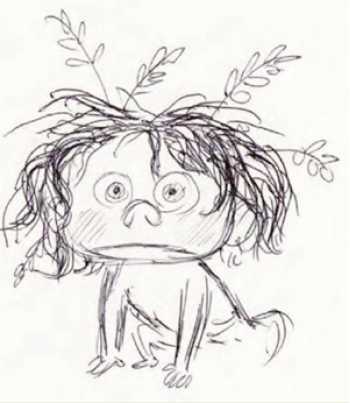 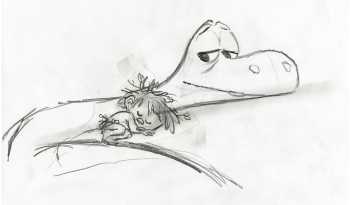 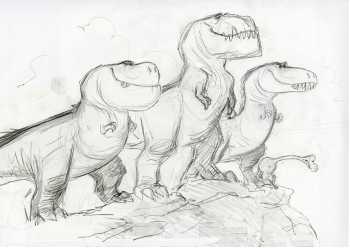 These copies of The Art of The Good Dinosaur were signed exclusively for Stuart Ng Books in East Side 6 "The Good Dinosaur Story Room" at the Pixar Animation Studios, Emeryville, California, on December 17th, 2015, by these artists whose work appears in the book:

The Good Dinosaur can boast of creating a new fan favorite character with Spot; some wonderful dialogue free, emotionally rich scenes; and incredible sets and visual effects. Peter Sohn began his career at Pixar with Finding Nemo. Kelsey Mann worked with Craig McCracken and Genndy Tartakovsky before joining Pixar as Story Supervisor for Monsters University. Story artist Domee Shi has an Annie Award nomination for her work on Inside Out. Ricky Nierva joined Pixar in 1997 as a visual development artist. He lead the character team on Monsters, Inc., was the art director for Finding Nemo, and production designer for Up. Noah Klocek is a children's book illustrator in addition to being a set designer/artist at Lucasfilm, Dreamworks, and now Pixar.

Showcasing the stunning artwork from the film's creation-- including sketches, storyboards, maquette sculpts, colorscripts, and much more-- The Art of The Good Dinosaur offers the ultimate behind-the-scenes look at the research and design that went into the making of this innovative film.

Peter Sohn is the director of The Good Dinosaur. He directed the short Partly Cloudy, and was a story artist on the Academy Award - winning features Finding Nemo, The Incredibles, and WALL-E.