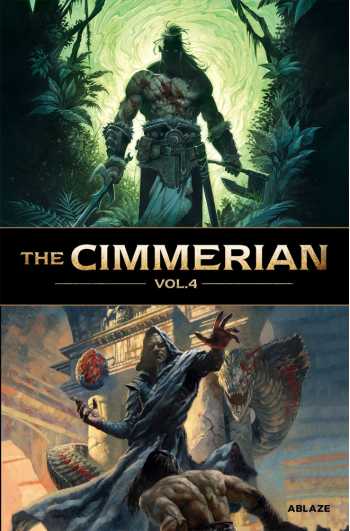 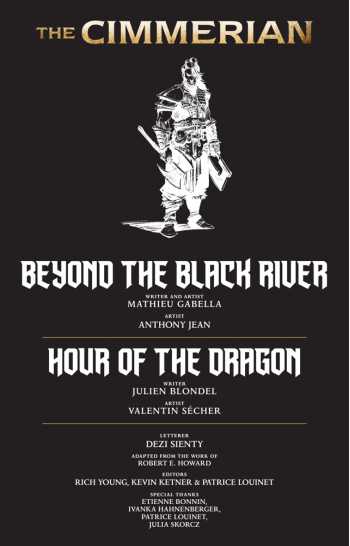 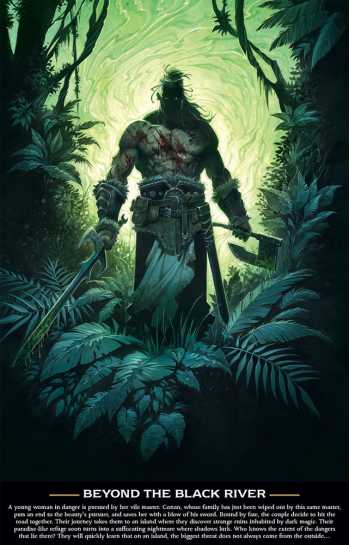 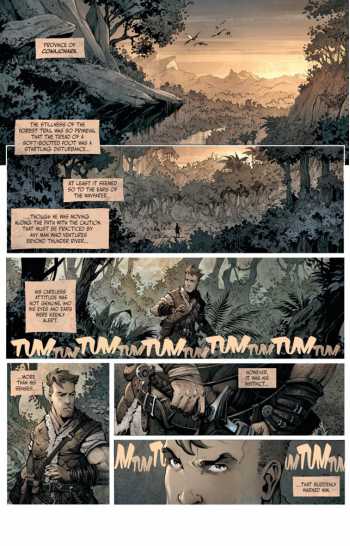 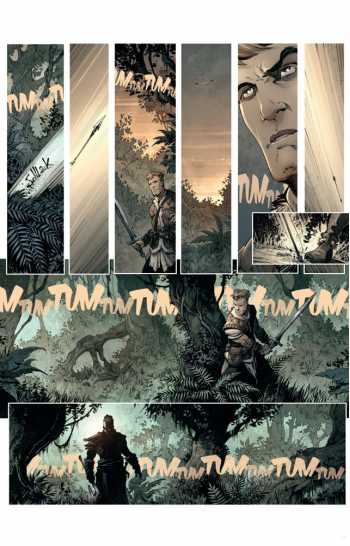 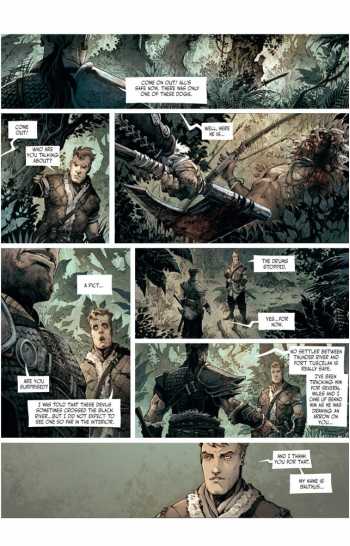 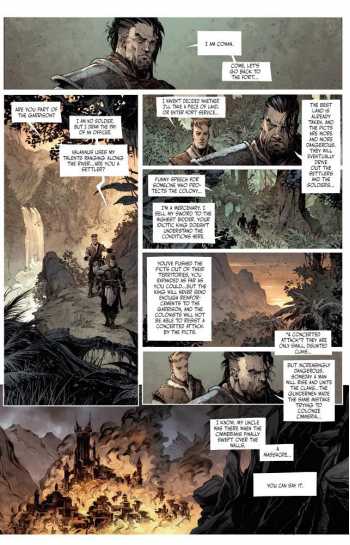 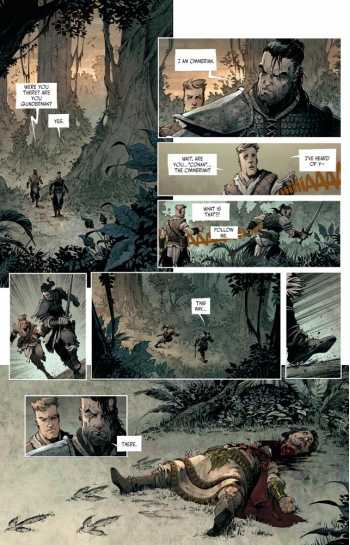 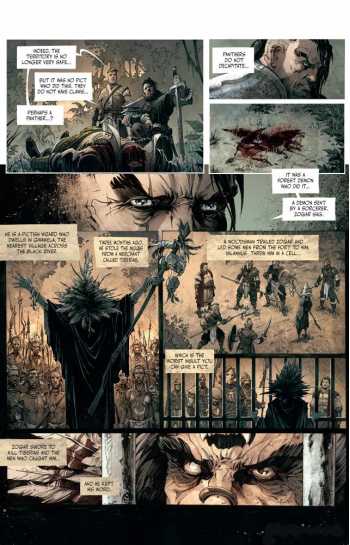 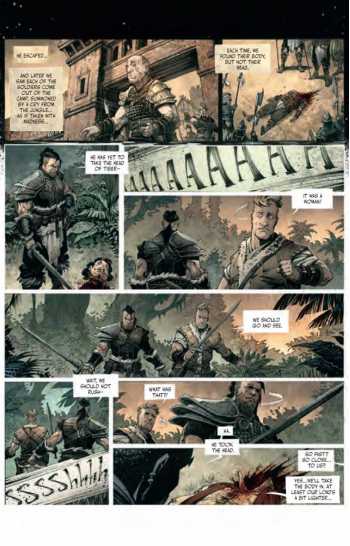 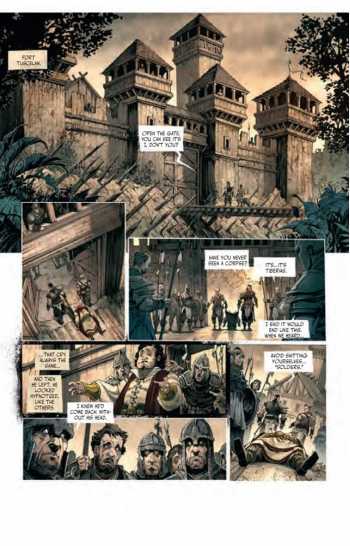 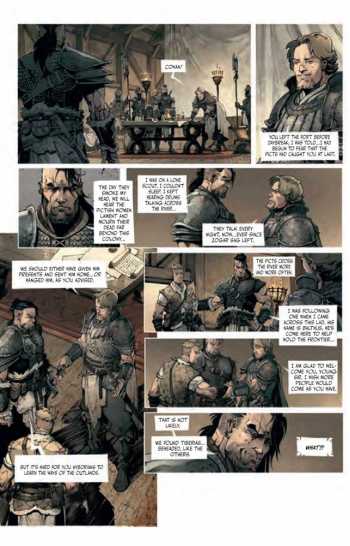 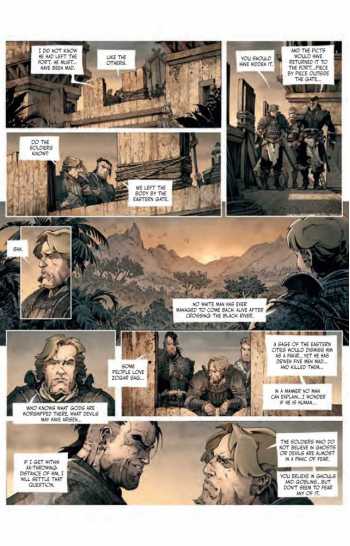 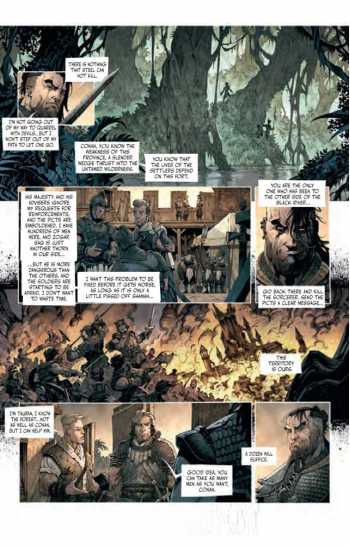 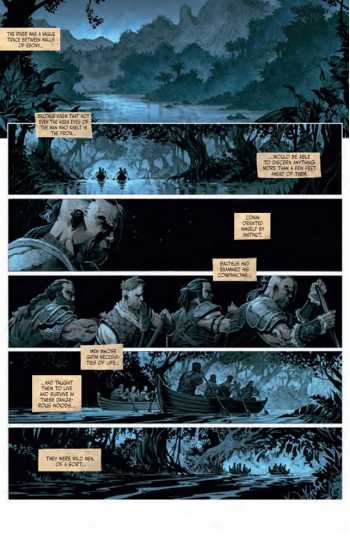 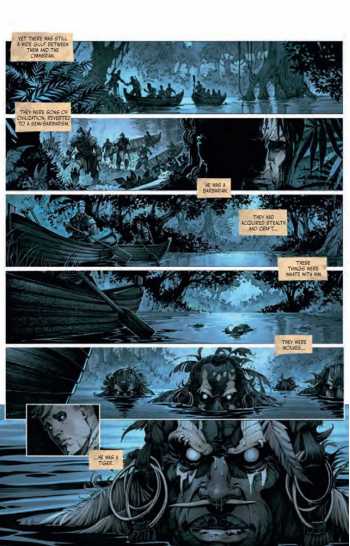 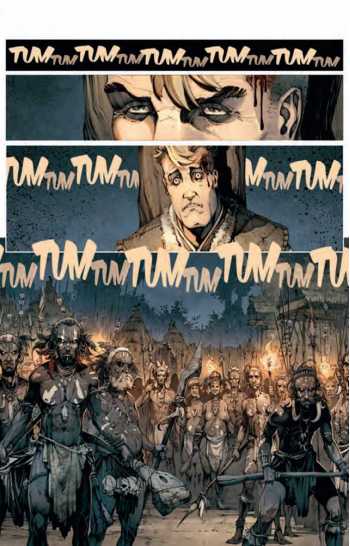 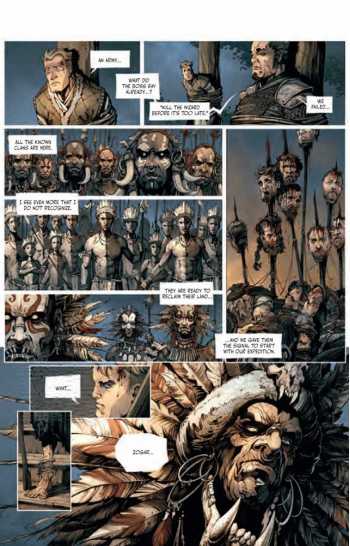 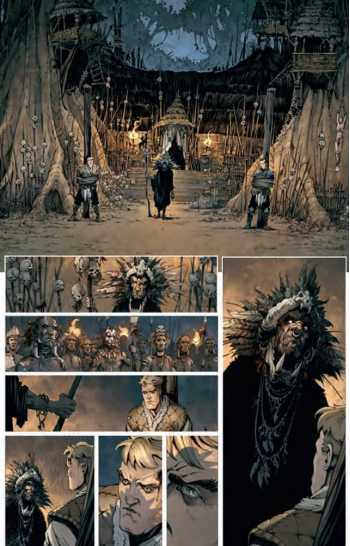 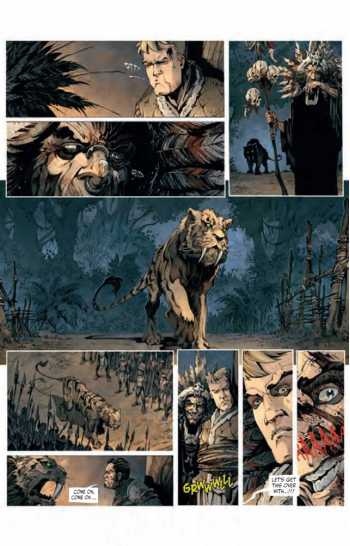 The Cimmerian Vol 4 includes two complete stories, Beyond The Black River and Hour of the Dragon, plus bonus material, in one hardcover collection.

All hail Conan, the tiny titan!

The Metabarons artist Valentin Secher illustrates Hour of the Dragon.

Ablaze is back again, adding to its bestselling line of UNCENSORED Robert E. Howard Cimmerian graphic novels, with The Cimmerian Volume 4! Discover the true Conan, unrestrained, violent, and sexual.

BEYOND THE BLACK RIVER: The Picte country is an obscure jungle where the border between civilization and barbarism is thin. Only one thing symbolizes it: the Black River, which it is claimed that no white man was able to cross and come back alive. None, except Conan. It is in the heart of this green hell that the Cimmerian meets Balthus, a young voluntary peasant whom he saves at the last minute from the clutches of fierce Pictish warriors. Together, they will try to lend a hand to the colonists who have established themselves here, on these hostile lands, in the last bastion of civilization. With a dozen men, they will have to find the powerful sorcerer Zogar Sag before he succeeds in uniting the clans and initiating his bloody invasion...

HOUR OF THE DRAGON: Under the funeral vaults of the mausoleum belonging to the ancient and cruel Emperor Xaltotun of Python, three men devoured by ambition come to offer to the inert body of the deceased sovereign the heart of Ahriman, a source of immor-tality which once belonged to him. Taken away at the cost of his life. In exchange for this offering, the three men claim a single thing: the world. However, there is only one person able to stand in their way, a Cimmerian who seized the throne of Aquilonia: Conan!