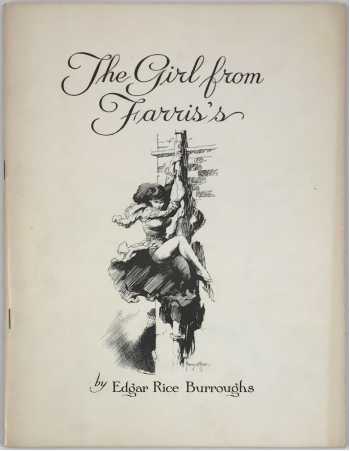 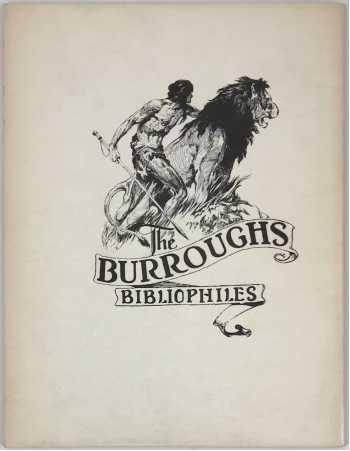 This spunky Frank Frazetta illustration was commissioned especially by the publisher House of Greystoke to accompany their Authorized First Edition of The Girl from Farris's in 1965...and to my knowledge has only appeared in their two printings of the story (in 1965 and 1976).

This Frazetta commission is reproduced on the cover and again as a full page illustration inside.

Edgar Rice Burroughs' The Girl from Farris's was originally serialized in the pulp magazine All-Story Weekly: September 23, 30 and October 7, 14, 1916.

The Editor's Introduction from All-Story Weekly:

Few authors, not even with the exception of Rudyard Kipling, have covered so wide a field in their fiction as has Mr. Burroughs. His maiden effort, which was published in the old ALL-STORY in 1912, dealt with the adventures of an American who made a trip to Mars and the things he saw there. Then he took a flier into the African jungle in his Tarzan tales, wrote some red-hot romance around a Central European kingdom, and turned his attention to a hero who was the brutalized product of a Chicago slum. Him he regenerated to such an extent that every reader we have, seemingly, voiced a raging demand for a sequel to THE MUCKER that should make that gentleman happy! And in this splendid novel, THE GIRL FROM FARRIS'S, Mr. Burroughs has found yet another and really serious field, though he has given you as remarkable a heroine as you might expect. For the Girl was a member of "the oldest profession in the world," and the hero was foreman of the grand jury. Now go on with the story!

Near Fine (mild toning to the edges, light bump to the upper tips of the pages, one light vertical crease along the spine, one staple slightly offset, very flat, tight, clean)