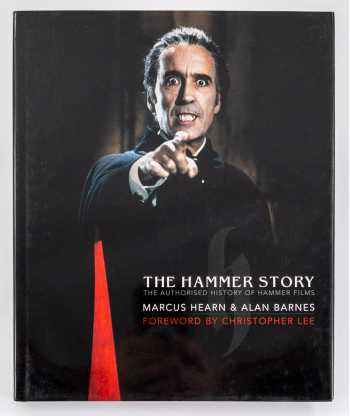 Fifty years ago, Hammer Films released The Curse of Frankenstein. The now-legendary British company went on to make such classics as Dracula (and its many sequels), making international stars out of Peter Cushing and Christopher Lee, changing the face of horror cinema, and inspiring a generation of Hollywood filmmakers, including George Lucas, Martin Scorsese and Tim Burton.

Now, for the first time, Hammer have given their active backing to an authorised history of the company, and have provided unlimited access to their archives.