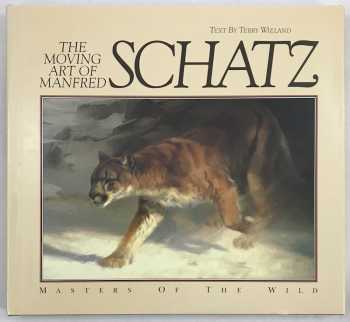 Over 90 wildlife paintings reproduced as color plates and numerous drawings and photographs in black & white.

In the painting of animals in motion, the name Manfred Schatz towers above all others... Schatz stands alone as a wildlife impressionist.

Manfred Schatz (1925-2004) was a German painter and practitioner of the animalier style. Following his capture and imprisonment by the Russian military as a prisoner of war during World War II, Schatz found solace in observing wildlife. He subsequently began capturing their depiction on canvas, rendered in a style that borrowed from both Naturalism and Futurism--by, for example, portraying the blur of birds in mid-flight. His work would bring him critical acclaim during the 1960s and 70s, including receiving a gold medal at the Interfauna exhibition in 1968 in Dusseldorf, and achieving a Kulturpreis award from the former West German government in 1979, the highest cultural prize that could be awarded to a West German citizen at the time. Born on December 10, 1925 in Bad Stepenitz, Germany, Schatz lived, worked, and occasionally taught classes in his Meerbusch studio until his death in 2004.