Sign in | Register
HomeIllustrationPre-20th Century ArtistsThe Pre-Raphaelite Dream: Drawings and Paintings from the Tate Collection
Save 25% 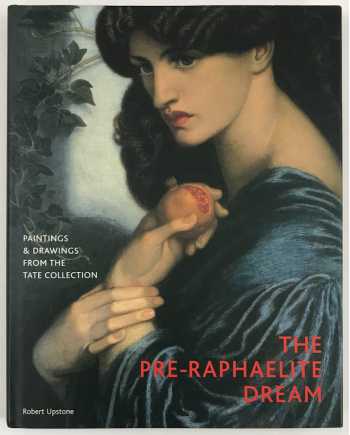 The Pre-Raphaelite Dream showcases the range, virtuosity, and vision of the artists of the Pre-Raphaelite Brotherhood: Dante Gabriel Rossetti, William Holman Hunt, John Everett Millais, and Edward Burne-Jones, among others. Their familiar images are brought together here with undeservedly lesser-known paintings by major artists and works by friends or followers of the Brotherhood members, as well as exceptional but rarely seen Pre-Raphaelite drawings. The Pre-Raphaelites created one of the great revolutionary movements of 19th-century British art, rejecting both the academic dryness of classicism and the vapid sentimentality of so-called genre painting. Instead, using subjects taken from modern life, medievalism, and literature, they sought to explore such contemporary issues as gender, marriage, sex, and the fulfillment of love. Published to accompany an international traveling exhibition, this lavishly illustrated book provides a fresh look at a much-studied movement in the history of art.

Robert Upstone is a curator at Tate.