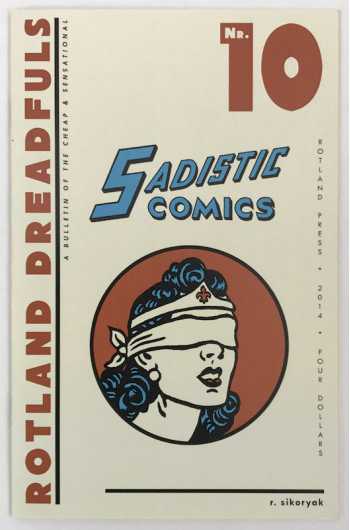 Limited to only 200 copies, out of print, and quite hard to find.

The ROTLAND DREADFULS series is an homage to the cheaply-produced 19th century English pamphlets known as "Penny Dreadfuls"-- so named because the original cost was one penny and they contained stories considered shocking and sensational. The tenth issue in this series presents a new installment of Masterpiece Comics, titled "Sadistic Comics," chronicling the misfortunes of the Marquis de Sade's heroine Justine.