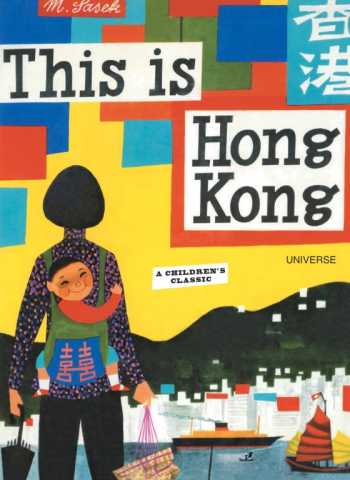 This is Hong Kong, first published in 1965, captures the enchantment and the contrasts of Hong Kong in the sixties. Roaring jets bring in the tourists; bamboo rickshaws taxi them through exotic streets fragrant with incense, roasting chestnuts, and honey-glazed Peking duck. Sasek shows you the sweeping panorama of gleaming Kowloon Bay framed by misty mountain ridges, then moves in for close-ups of laborers and hawkers, refugees from the mainland, and sailors of flame-red junks, and the strange "water people" who, it is said, never set foot on dry land.

These charming illustrations, coupled with Sasek's witty, playful narrative, make for a perfect souvenir that will delight both children and their parents, many of whom will remember the series from their own childhoods.