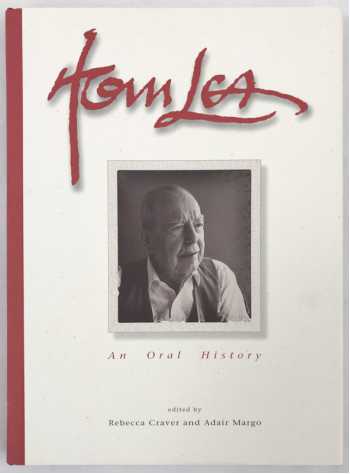 Illustrator Tom Lea (1907-2001) lead a fascinating life. He traveled, painted WPA murals during the depression, and as a war correspondent he went to the South Pacific on an aircraft carrier and landed on Peleliu. He painted my favorite war painting "That Two Thousand Yard Stare" and one of the most grisly war images to be published in an American magazine "The Price."

From the book flap:

Born in 1907 in El Paso, Texas, Lea says he can't remember when he didn't like to draw pictures. Recognizing his talent, his parents and teachers encouraged him to attend the Art Institute of Chicago. After high school graduation in 1924, he boarded a train for Chicago, where for ten years he studied and worked with his mentor, the muralist John Norton. Drawn back to the Southwest in 1934, Lea lived in Santa Fe for two years and then returned to El Paso, which has been his home ever since.

During World War II, Lea was a war correspondent for Life magazine, and he witnessed action in the North Atlantic, the South Pacific, Europe and North Africa. As a portraitist, he came in personal contact with men who changed the course of history, including Jimmy Doolittle, Claire Chennault, and Chiang Kai-Shek. After the war, an assignment with Life took him to Mexico where his interest was stimulated in bullfighting. That experience led to the writing of his first novel, The Brave Bulls, published in 1949. It became a bestseller and a successful film. In the 1950s and 1960s Lea wrote and illustrated three more novels, an autobiography, and the notable two-volume history, The King Ranch.