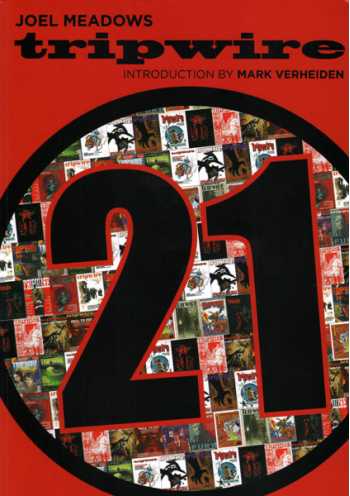 It also features a lot of brand new material like a selection of features looking at the key trends and issues of the past twenty years like the best and worst comic and genre movies 1992-2012, the twenty comic creators who have come to prominence over the last twenty years and topics like digital comics, the rise of the independent graphic novel and much more.

It is a celebration of both 21 years of acclaimed magazine TRIPWIRE but also a look back at the seismic changes that have occurred in the comics industry. We have always loved comics and genre and with the current huge cultural impact that comics has thanks to the huge success of Avengers and Batman on the big screen and The Walking Dead on TV, we thought it was the perfect time to bring this out.

"Hard to believe Tripwire is already 21 - and looking more youthful than ever. Still the coolest magazine on the planet, and helping young and old alike fritter away their lives with the best coverage of comics, film, TV, and games. All hail, and here's to the next 21!" - IAN RANKIN, author Rebus