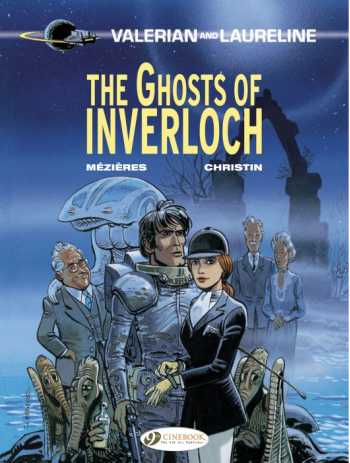 This French album is in English for the first time.

Galaxity's orders are rather bizarre, lately. Laureline has been left on stand-by in a Scottish castle. Valerian, haunted by recurrent nightmares, has been sent to capture a sentient being as if it were a wild animal - an unsavoury task, to say the least. And on Earth in the 1980s, members of the military and political elites are descending into madness one by one.

What future does our planet still have ... and who's so bent on changing it?  About the Author: Jean-Claude Mezieres and Pierre Christin created Valerian in 1967 after working in the USA together, one as a cowboy, the other a teacher.

While Valerian is Mezieres' only comic series, he's worked as an illustrator in many other areas, including designs and sets for The Fifth Element, and he was awarded the Grand Prix du festival d'Angouleme in 1984. Christin also works in collaboration with other artists, most notably Tardi and Bilal, and writes novels and film scenarios.