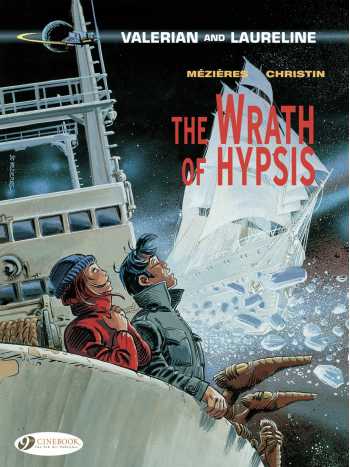 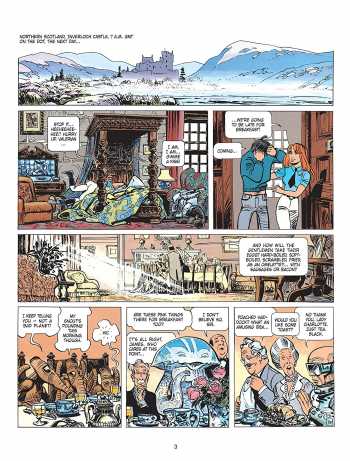 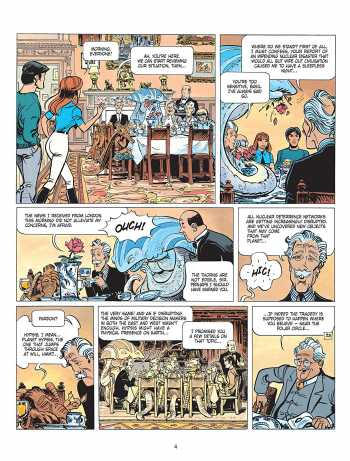 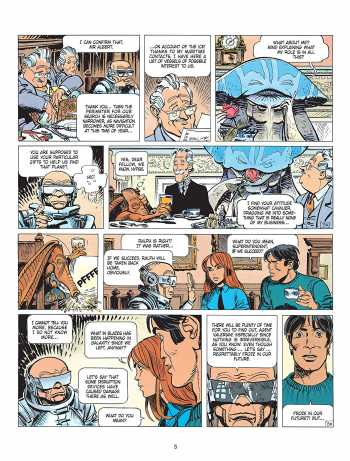 Valerian and Laureline are a pair of galaxy hopping special agents who are dropped into trouble spots anywhere in space and time. It's like James Bond in Space.

The head of Galaxity's Spatio-Temporal Service himself has joined Valerian and Laureline at Inverloch Castle. There, among various human and alien allies, he explains to them the threat that looms over Earth: all of the recent incidents, all those important people gone mad and threatening to bring about the apocalypse... All of that is due to the malicious influence of the mysterious planet Hypsis. But Hypsis is a world that moves from system to system  it'll need to be pinpointed first...