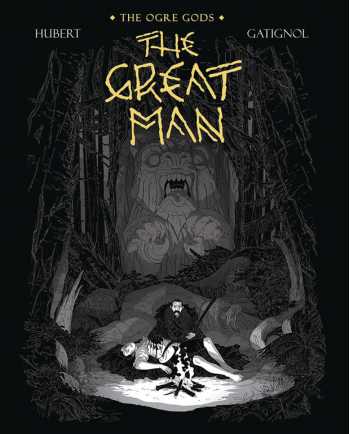 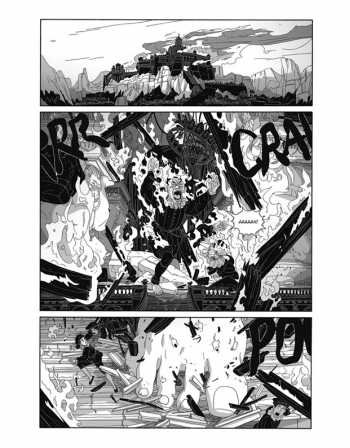 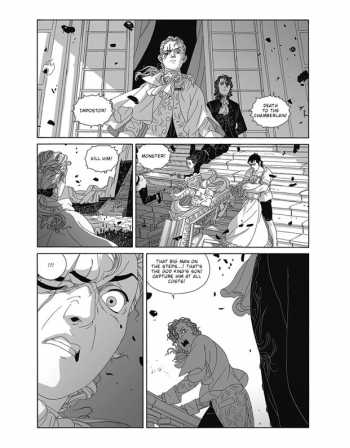 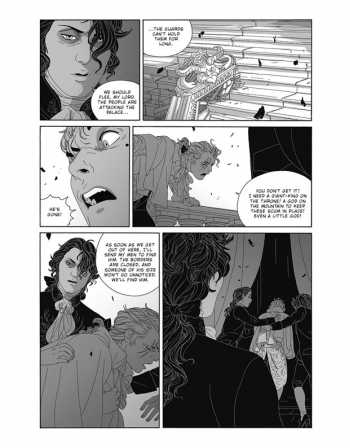 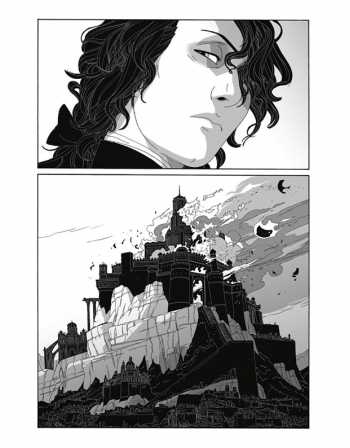 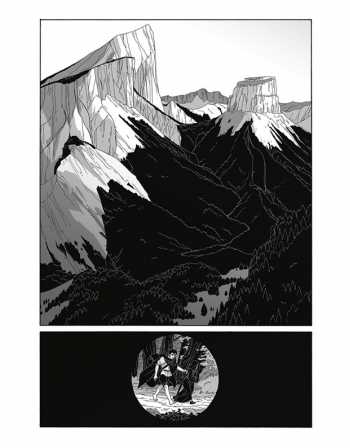 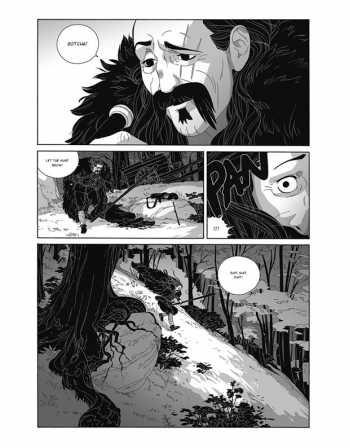 A direct continuation of PETIT and HALF-BLOOD, this third book in the series of standalone tales explores another part of the dark, fairy tale world created by author Hubert and illustrator Bertrand Gatignol, this time focusing on those humans who live outside the kingdom amidst the dangerous surrounding wilderness. Bear is an aging leader of a passionate rebel clan who seeks to defend their traditions and territory from those who would take it from them, including the Chamberlain of the nearby kingdom and the giant Ogre Gods who rule above them. When he comes across a fleeing giant barely taller than a human, he brings the wounded curiosity into their camp and nurses him back to health with plans that could help them define a new order. But this tiny giant has an agenda of his own -- young Petit has the well-being of his human love at the forefront of his priorities, and she has become an unwitting pawn in the Chamberlain's wicked plans... This internationally celebrated series of dark fantasy tales have been described as Game of Thrones in a Brothers Grimm fairy tale, presented as if a Disney animated feature.